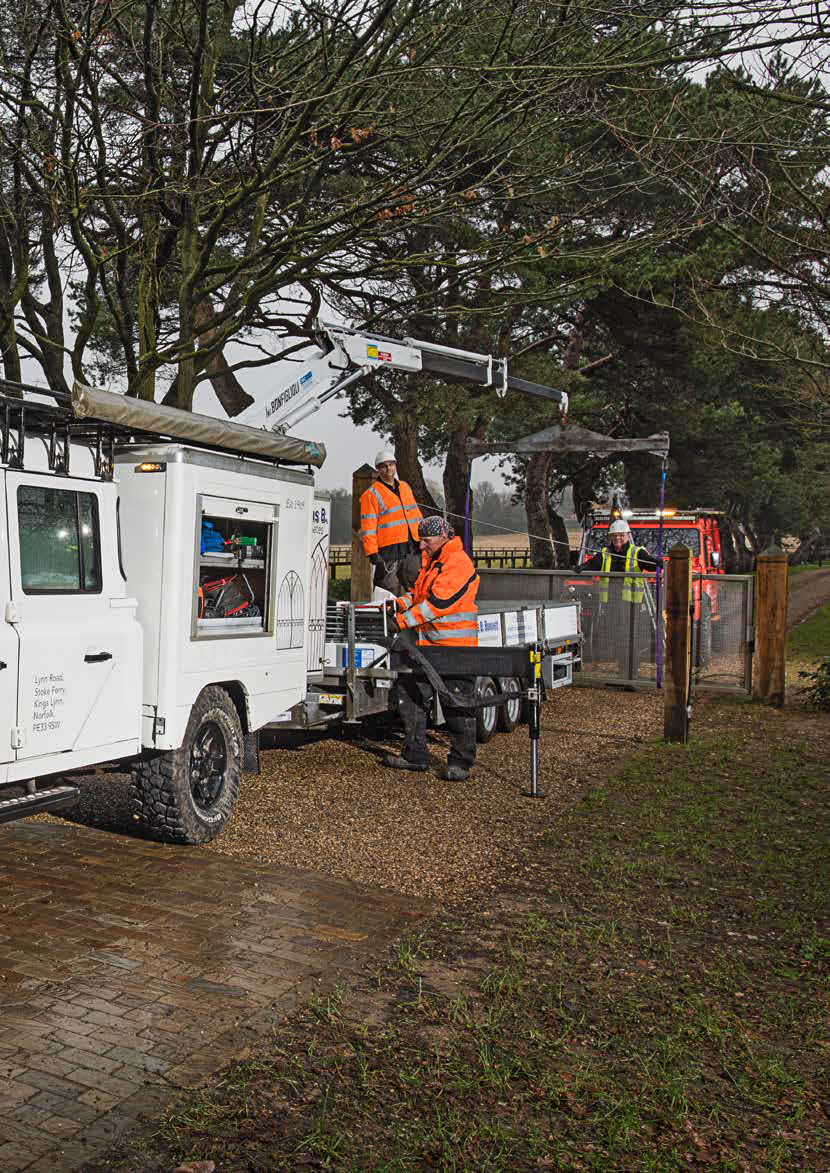 We are so pleased to have been featured in the following article, which appeared in the Land Rover Owner International magazine:

Jerry Thurston gets to grips with a pair of Defenders that make an awesome team when it comes to heavy work in the fabrication sector.

You could have a Transit van, and indeed Chris Stocking did own one, but it was… well, it just wasn’t a Land Rover.  Which was exactly what Chris needed for his family’s metal fabrication services business in Stoke Ferry, Norfolk; specialists in making and installing heavy duty steel gates and railings, and bespoke ironwork.  He just knew that a  Land Rover Defender 130 would be the perfect workhorse.

Of course a 130 does much the same thing as a 110, but it does it with so much more aplomb. More to the point the big one can handle the company’s trailer – and when it comes to trailers this one is at the top of the premier league. It’s a monster with three axles and it’s fitted with a hydraulic crane. Get a couple of three-quarter ton gates strapped onto the bed, and it’s going to need some serious weight and power to lug it along; hence the 130.

Chris bought it a little over a year ago, specifically for trailer duties. It was good, but not quite perfect. So it was time to get weaving.

The priority was to get the rear storage area sorted out with a place for everything the installation crew might need. Surprisingly, everything that used to go into a Transit  van could be accommodated in the back of the 130, but this called for a lot of imaginative engineering. The more you  look into the rear the more clever touches you find to increase the storage capacity. For example the tool board is designed to slide in and out – when on the road it’s slid back and locked into the load area. On site it can be whipped out ready for use, with tools and equipment hung on the wall behind it.

Anything that won’t go in the rear of the 130 will go onto the roof rack which, of course, is a one-off, just the sort of project Chris’s fabrication firm likes to get its teeth into.

The basis was a rack of unknown make and it now bears no resemblance to its previous form having been carefully cut, added to and re-positioned so that it sits perfectly on the top of the big Defender. It’s super-tough too, as proved by us using it as a camera platform during the shoot for this article.

It can be a long, tough day out in the wilds of North Norfolk so a pull-out side awning has been fitted to offer  protection for the guys on the job, keeping the worst of the sun or the rain off them during rest times. It’s almost  luxurious working out of this vehicle!

Check out the Mazda RX-8 seats in the front. It’s a popular modification and always looks so light. Those, and a smaller steering wheel, mean that tall Chris slots in a treat. Heck, even I can get my lanky legs in.

With the detail work completed all that remained to do was smarten up the 130 with a new coat of glistening white paint.

Hitching a 130 to a loaded trailer is always going to be a tricky job, as you can’t give it a nudge three inches in the  correct direction without pulling the entire workforce out to help. With this in mind Chris has one of the two rear-view cameras mounted so the hitch can be seen clearly. This way a little careful reversing will get everything lined up properly. Wind the hitch down into contact, connect the rest and off you go. The second rear-view camera is used as a rear-view mirror. Both are top ideas.

You would have thought a white 130 with a 20ft trailer wouldn’t be difficult to see, but given the general public’s  basic lack of awareness, Chris wasn’t taking any chances. The Defender now sports amber flashing warning lights all round, an amber and white light bar at the front, and an amber light bar to the rear. The LED theme continues with strip units in the rear to illuminate it and a couple of work lights mounted on the rear pointed back.

When Chris has a set of gates on board their bulk and weight often makes it necessary to use two cranes to shift them into place. Helping out the hydraulic unit on the trailer is ‘Lift-it’ (the nickname for Trevor Ellis’ Defender 110). Trevor is the chap in charge of sorting and installing the auto control mechanism on the gates Chris has made.  Should the need arise, his orange Defender can help out with the lifting duties using its very clever stowaway crane.

This is based on a concept that harks back to traction engine days. Simply, it’s a set of sturdy poles that are usually strapped to the roof rack. When a crane is needed they are assembled using the very special front bumper as the mounting point. The winch cable goes over the pulley at the top and you winch in for up and out for down – simple and very elegant. The crane-equipped Defender can then work with the trailer’s hydraulic arm to get everything in place. Look at the 110 and you will see a couple of stalks protruding from the nearside front.  These duplicate the hydraulic controls inside the cab, and hiding underneath is a power take-off high-capacity hydraulic pump. This provides power for the winch inside the gargantuan front bumper and enough flow at full chat to power a road breaker if necessary.

So far as storage goes the ex-EON electricity works 110 is laid out in much the same way as the 130. The rear box is neatly packed (as befits Trevor’s past as an RAF technician) with the equipment needed for installing the remote control mechanisms on the gates. It features two inverters – a 110v item via a second alternator to power Trevor’s work tools and a more conventional 240v one for the other appliances.

When you jump into the RX-8 seats this modified Defender goes along well, even when fully loaded. That’s thanks to heavy-duty suspension including double coil springs at the rear, stiffer anti roll bars and a Stage 1 re-map. Yup, Trevor’s Defender is simply the perfect partner to Chris’s big 130.”

Click here for a link to the Land Rover Owner International Magazine site.

They talk about Trevor from Automated Gateways, so we include a link to his website as well.

Winter Car Essentials With this cold spell, you'll need to stock up on these winter…

Very Special Offer Bahco have allowed us to make you this offer.  They are market…

Recent Posts
Browse
We stock for every season 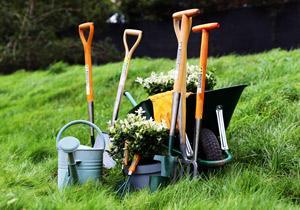